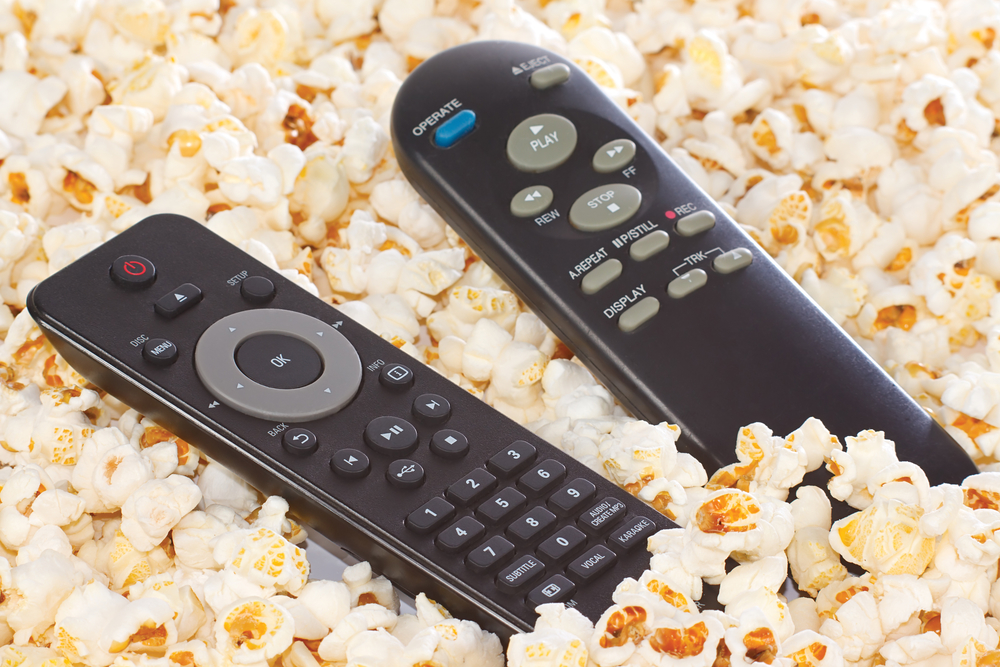 There’s plenty of great movies on Netflix, but they can be difficult to find sometimes. If you are tired of flipping through the Netflix carousel of doom to find a great movie, instead search for these titles. You won’t be disappointed!

“Stand By Me,” based on Stephen King’s novella “The Body,” is about 4 young friends who venture out to find a dead body. But it’s much more than that. It’s a coming-of-age tale that’ll make you laugh, make you cry, and most certainly make you nostalgic for times gone by.

A self-centered TV weatherman, played by Bill Murray, is sent out to cover the to emergence of Punxsutawney Phil. Instead, he gets stuck in a blizzard and must mysteriously live out the same day over and over again. Watch, let laughter ensue, and debate the “hidden meanings” behind this film long afterwards with your friends.

Nominated for 8 Academy Awards, “Silver Linings Playbook” tells the story of Pat Solatano (Bradley Cooper) who moves back in with his parents after being released from a mental institution. Things get complicated, and incredibly entertaining, when Pat meets Tiffany (Jennifer Lawrence) who is quite possibly just as unstable as he is.

After being homeschooled by her parents in Africa, Cady Heron (Lindsay Lohan) and her parents move to an American suburb and Cady is enrolled in a new high school. Cady falls in with the popular crowd, but soon realizes that popularity might not be all that it’s cracked up to be. This movie is smart, the cast is amazing, and the catch-phrases alone will have you watching this movie over and over again.

This riveting documentary follows sushi chef Jiro Ono, an 85-year-old master who is strives for nothing short of perfection. His son, Yoshikazu, finds it difficult to live up to his father’s legacy. This movie isn’t just about making great sushi—it’s a movie about perseverance, passion, success, and the fear of failure.

When a young Shakespeare (played by Joseph Fiennes) meets a noblewoman (Gwyneth Paltrow), he quickly falls in all-consuming love with her (is there any other way for Shakespeare to fall in love?) and is inspired to write one of his most famous plays. “Shakespeare In Love” won 7 well-deserved Oscars. This movie is sentimental, funny, and beautifully directed.

Sports agent Jerry Maguire (Tom Cruise) has a crisis of conscience and sets out to start his own agency with the help single mother Dorothy (Renee Zellweger). Together they struggle to represent their one client, Rod Tidwell (Cuba Gooding Jr.) You’ll laugh, you’ll cry, you’ll walk around yelling “show me the money” for weeks afterward.

“Catching Fire,” the second movie in The Hunger Games series, is even better than the first. As Katniss Everdeen (Jennifer Lawrence) and Peeta Mellark (Josh Hutcherson) are forced to take a Victor’s Tour around the districts, rebellion grows—you could even say rebellion is…catching fire (see what we did there?) The second half of the movie finds Katniss and Peeta in another battle to the death. A strong female lead and great special effects will keep you engaged for the entire 2 ½ hours, promise!

This cult favorite is perhaps Quentin Tarantino’s most celebrated film. Vincent Vega (John Travolta) and Jules Winnfield (Samuel L. Jackson) are hitmen who enjoy a good philosophical discussion—much to the enjoyment of the viewing audience. Our favorite scene has to be the dance between Travolta and Uma Thurman, who plays a mobster’s wife. We suggest watching while sipping a $5 milkshake.

Scottish warrior William Wallace (Mel Gibson) leads a revolt against the English monarch, in this classic adventure film. Braveheart is the perfect blend of history, action, and emotion—we dare you not to cry at the end!

What is your favorite movie on Netflix? Share in the comments below and help out fellow Netflix addicts!