It’s only April of 2015 and there have been some newly released and highly anticipated films roll on to the big screen with huge box office success. 50 Shades of Grey has made over $500 million worldwide and Furious 7, of the Fast and Furious franchise, made $406 million worldwide in just the opening weekend. […] 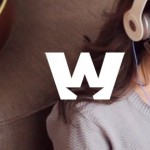 Will Smith’s resume and talent never come into question.  He has earned the right to feature as the star in three films over the past six years.  However, his most recent film Focus had me on the ropes.  Assumptions were made that Focus is going to be another run of the mill con artist film.  […]