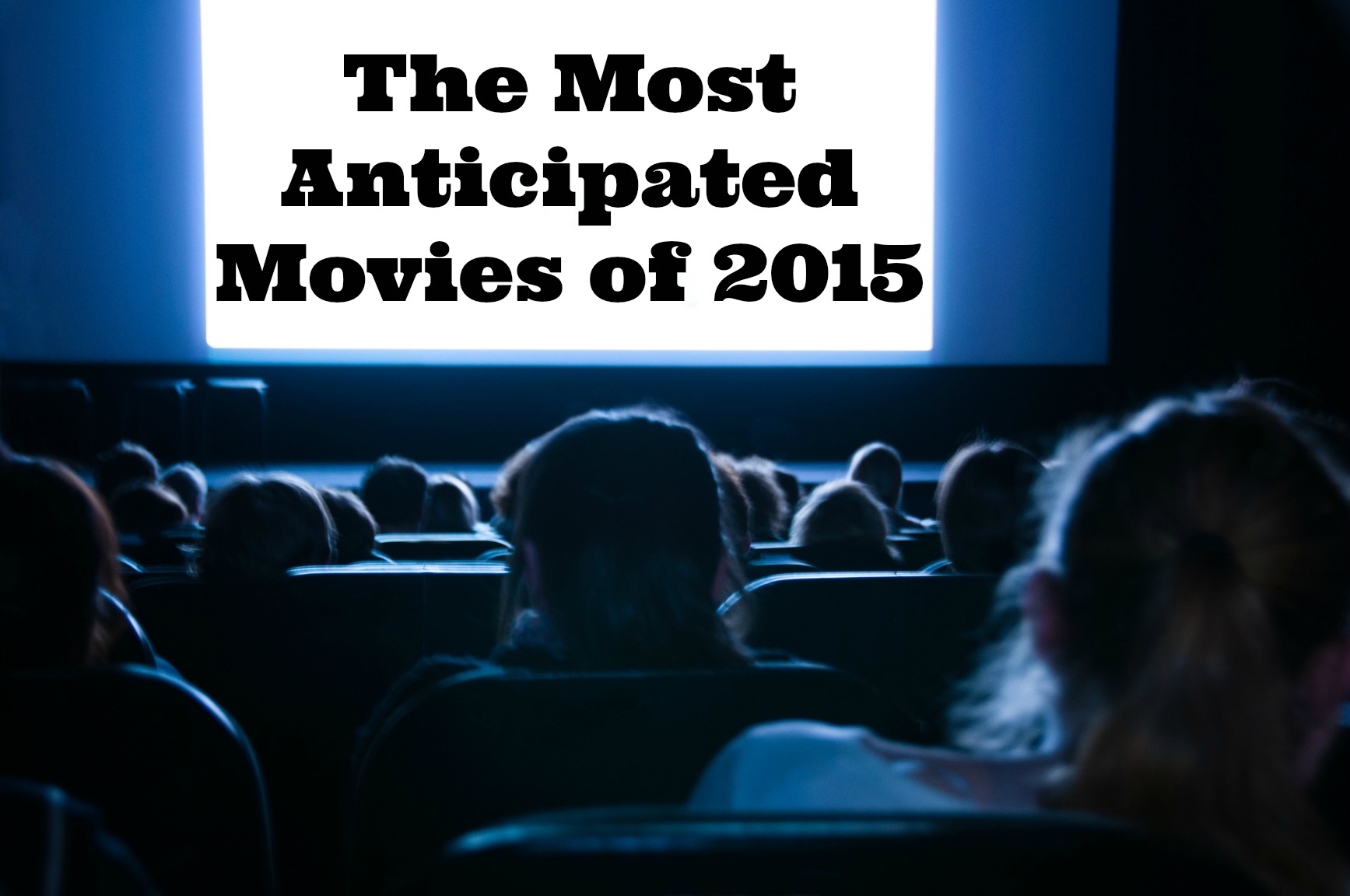 It’s only April of 2015 and there have been some newly released and highly anticipated films roll on to the big screen with huge box office success. 50 Shades of Grey has made over $500 million worldwide and Furious 7, of the Fast and Furious franchise, made $406 million worldwide in just the opening weekend. Everyone has their own preference of movie genre; some may be excited to see Paul Blart: Mall Cop 2 and others will be excited to see Magic Mike XL. Check out the list below for some of the most anticipated films for 2015. What are you looking forward to?

I remember being a young girl and watching the first Mission Impossible and being 100% confused. Probably because I was 6 and didn’t understand what being framed meant or who/what a mole was. I can thank my Dad for that. But now, almost 20 years later, Tom Cruise is back at it and hopefully I can understand it now! Cruise is reprising his role as Ethan Hunt in Mission Impossible V: Rogue Nation. The film is set to be released on July 31st.  In the last Mission Impossible film (Ghost Protocol), Cruise scaled the Burj Khalifa tower and rode on the side of a cargo plane. What will he do next?! Let’s watch and find out, shall we?

I don’t know much about directors, but I do know I like Sam Mendes, mainly because he was married to my girl Kate Winslet, but also because he directed American Beauty and Revolutionary Road. So, yes, the guy has some skills. This year, Mendes directs the newest James Bond film, Spectre. Daniel Craig, Monica Belluci, and Ralph Fiennes will star in the 24th film in the James Bond franchise. The film is set to be released on November 6th. Maybe Adele can sing the theme song again?

As a redhead, I can pretty much guarantee that I will see any film that has a fellow Ginger playing a role. Julianne Moore? Yes. Christina Hendricks? Yes. And yes, even you Reba McEntire. Jessica Chastain, another favorite Ging, is set to star alongside Matt Damon in The Martian, a Ridley Scott sci-fi film about an astronaut stranded on Mars. Sean Bean also plays a supporting role and SPOILER ALERT, he will probably die as he does in every single role he has ever had. The film is scheduled to be released on November 25th.

I absolutely love super hero films, even the bad ones. This year has been filled with whispers and questions about future super hero films, including the new Fantastic Four film. Miles Teller, Kata Mara, and Jamie Bell are set to star in this reboot, which will be released on August 7th. There has been a few skeptics of the film, but always have hope just like I have hope in Ben Affleck to play Batman. There has been talk about the Fantastic Four having a crossover with X-Men eventually, so let’s have our fingers this is a great summer blockbuster.

The Avengers: Age of Ultron

The Avengers became the third highest grossing film of all time, just under Avatar and Titanic, so there was no doubt there would be another Avengers film (and another, and another). Earth’s Mightiest Heroes are teaming up again for what can only be the largest summer blockbuster of 2015. With a few new characters and a new superhero threat, The Avengers: Age of Ultron has people waiting in serious anticipation. Have no fear! The film is set to be released on May 1st.

From old fans to new fans, the love for Star Wars runs deep. When the final piece of the Star Wars puzzle was released in 2005 in Episode III, most thought the saga was over, but in 2012, Disney purchased Lucasfilm and immediately started production on a new trilogy of Star Wars films. You will be seeing some familiar faces in Star Wars: Episode VII-The Force Awakens. Carrie Fisher, Harrison Ford, and Mark Hamil all return, along with many other new faces. The film is set to be released on the 18th of December and there is already talk of Episodes VIII and IX.

What movies are on the top of your must-watch list?

One thought on “The Most Anticipated Movies of 2015”